I had been following Oria Verde on social media since coming to live in the area, I was fascinated by the work they did. I contacted Pedro and soon became one of his team of volunteers, and I love it. Once a month, for a couple of hours, I help the local community by playing an active role in Oria Verdes conservation efforts. I get to make new friends (Spanish & English) and see new trails to explore later. I use this opportunity to use my limited Spanish, which is always erm 'fun'.

What is Oria Verde?

Oria Verde, is a non-profit association that aims to raise awareness in the community of the importance of recycling, caring, cleaning and conserving our environment, preserving historical, cultural and traditional heritage, fighting against animal abandonment, among many other sustainable actions. Oria Verde emerged at the end of 2011, due to the fondness for natural photography, archaeology and historical monuments of several Orialeños. The initial idea was to use Oria Verde as an exhibition area in social networks of the flora and fauna of its locality, and of all the archaeological remains that still exist in it. This was In addition to reporting all the environmental news that occurred in the locality or that affect the natural environment. In the beginning, this idea had a great reception among the residents of Oria, but especially among people who for work reasons had been outside Oria for years, so they saw in Oria Verde a window to their longed for hometown.

When was this non-profit organisation started?

As mentioned, Oria Verde was started initally in 2011, but at the beginning of 2014, a friend of Pedro and current secretary of the association, encouraged him to go one step further and constitute Oria Verde as an association through which he could develop all his sustainable ideas, so Oria Verde, a non-profit association, was born. With the nº. 606048 entered the National Registry of Associations.

What are Oria Verde's objectives?

Their objectives and values are the following: -

What sustainable activities do they organise?

Oria Verde carries out different sustainable activities aimed at all audiences throughout the year, using 100% reused material in all of them and the prizes are made by hand or they give away local products. Among the activities are:

Yes, this friendly, positive group of volunteers have their own blog website which hosts a lot of useful information about the local area and the work that they do.

How did I get involved?

Walking is my passion. I love walking in the countryside, what I don't love is walking in the countryside and seeing rubbish blatantly dumped or swept along in the rains. In the 60s there was an absence of rubbish collections here in Oria, Spain. Rubbish was dumped in the dry river beds!!!!!. I can understand that this was 'the way' back in the 60's, but now? So, I am actively helping with the rubbish clearing of the local countryside. At the end of the clean-ups we've always got an assorted amount of rubbish in bin liners - kg's of it,  into double figures every time! Other items we have collected have included:

I've seen some cool things too (piles of animal bones, in what must be an animal's den) and got to hear about the local area from someone who knows its history.

How to become an Oria Verde volunteer? 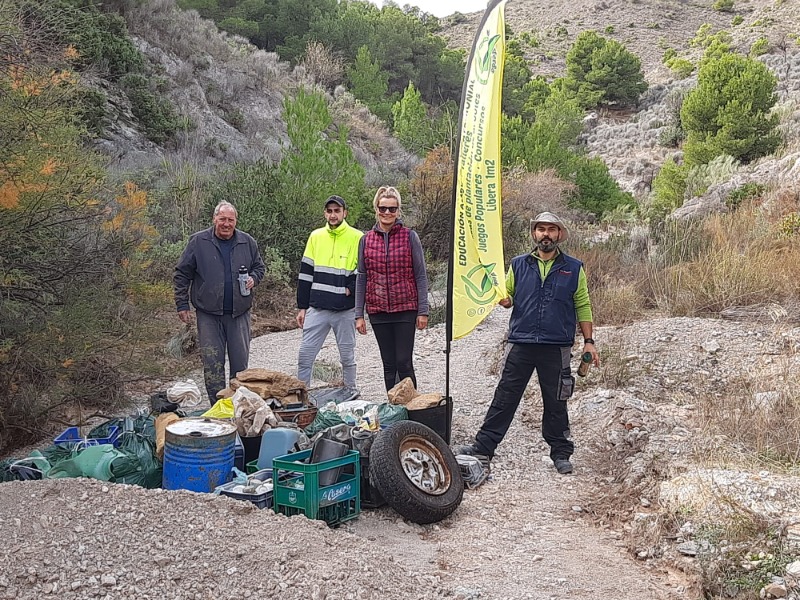 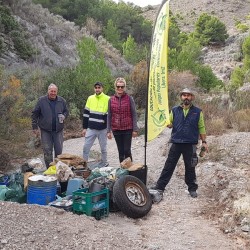 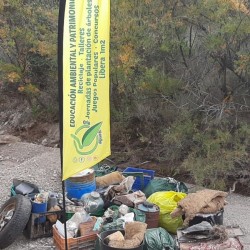 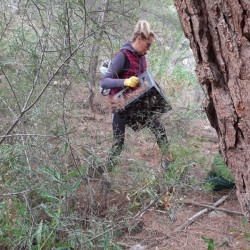 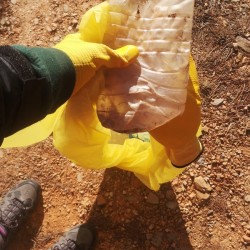 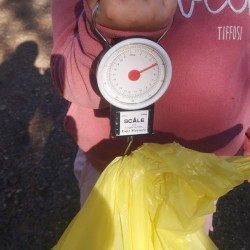 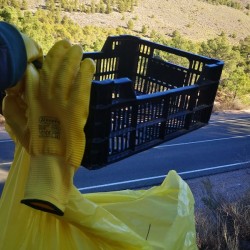