As 2020 ended, like everyone else on New Year's Eve I assessed the last 12 months. Since Covid first reared its head at the beginning of the year my initial fear and sense of inconvenience turned to irritation, that gradually grew to annoyance, then developed into full blown anger. The mental side-effects had me unwittingly and unhealthily taking all my frustrations and anger out on my body; by doing less of what I loved and drinking alcohol far more than I usually would. As a result, my weight started creeping up, with my BMI sliding toward the dangerous side. I am sure any Psychotherapist would have written "self-harming" on my notes!

A wine / whine a day

Since March 2020 and our first taste of lockdown here in Spain, I've experienced a daily struggle as I open my eyes in the morning. The monster inside my head ate any positive thoughts for his breakfast and got bigger every day for doing so. He chewed up my positivity with such eagerness and loved to keep pointing out to me that I miss my girls in the UK like mad. He also jeered at me that two of my closest friends and confidants had returned to the UK for good. Then there was the days he laughed when my dog refused to walk beyond the garden gate. He kept pushing a bottle of vino closer to me like a life raft.
Apparently having a couple of glasses of wine a day (or more) is a tad excessive and doesn't make for a good bandaid. So, for January 2021 I decided to avoid the booze, put on my chainmail suit, pick up the slightly oversized heavy sword and shield, and stand ready to slay this beast. Hoping that by doing so, I will feel so much better about myself...and maybe lose that half a stone too.

Why is it so hard to drink water? But give me wine and the bottle will disappear rather quickly!

The New Year started by me reluctantly dragging 7 friends into Dry January (In the UK and Spain). I am proud of them. We have all fallen into the trap of drinking and eating more to hide from our personal demons and to be honest it's too easy out here when the drink is so cheap and the servings so generous! Although my husband isn't partaking in Dry January, he is cutting down, eating healthier and has come on a daily walk this week. We have forged ahead for our own reasons, but as a team. This is great motivation.
On my own, with hubby, or with my friends I have walked over the mountains to the village to sit in one of the bars with the locals. I still can't believe that at 10.30am they drink brandies and beer over here. I actually looked a bit out of place sipping at my Cafe Con Leche! It is always nice to just sit and people-watch, catching the odd word that I recognise. Doing this with my husband and wonderful neighbours has helped reignited my love of walking and its meditative benefits. Something I lost since the first enforced lockdown which found us confined to our Spanish homes for 3 months (no exercise allowed, unlike back in the UK)
Week 1 has been an incredibly positive start and I have lost 2lb!

A termite walks into a bar and asks “Is the bar tender here?”

What a stressful week to give up drinking! People we know in the UK are either seriously ill or have died from Covid related issues this week and we can't be there to support them or their families, and it makes you feel horrible and useless. Add to that the fact that we are heading into yet another lockdown here in Spain, and to top it off our dog seriously hurt himself. If ever I needed a large glass of white, or a relaxing G&T, this was the week! But I am proud to say that I didn't. I stocked up on non-alcoholic beer for the tempting moments and have been asking for non-alcoholic wine at the bars. One thing I have noticed over here is that they don't serve non-alcoholic wine like I am used to in the UK, it's more like concentrated grape juice, which can be eye wateringly sweet.
I excitedly stepped onto the scales at the end of the week. Despite the increased walks, eating better, and obviously not drinking.... I lost NADA!! Still only the 2lb from the week before. However, I did read a study that showed a month free from drinking alcohol can lead to a weight loss of 2kg (4lb), a decrease of blood pressure of around 5% and improvement of diabetes risk of around 30%. So I am part way there regarding the weight loss at least. I don't think I am going to lose the half a stone I wanted at the beginning of this.

The past, present, and future walk into a bar. It was tense.

Well, this week has started with most of those that I dragged into this falling off the wagon. A birthday celebration was bound to be the biggest obstacle for staying Dry. Some are off for good and some have made promises to change their old habits and drink less. Either way, I think everyone has learnt something during their two-week experience. I have come close to caving in and joining them, but I know I would beat myself up if I had.
What I have found this week is that I am having to justify my Dry Jan actions to others, even people I don't really know well, and I find that exhausting.
"You are still doing it? Are you mad?!"
"Erm. Yes. Today is the 12th.. January is 31 days long"
"Yes, but one isn't going to hurt you"
Past years when I have done a Dry Month, I have used "I'm on antibiotics" as an excuse, a safety net from having to explain myself. I seem to be encouraged at every turn to "just have one" and I am finding this as irritating as F~~~. I am trying hard here to do something good for myself. A challenge is just that, a challenge, and some days can be really difficult, It would be nice to be encouraged rather than ridiculed. I would love to have a glass of wine, but when I set myself a challenge/task, I tend to follow it through. It's to prove to myself that I CAN abstain and that I am NOT reliant on a drink to have a good time and there is the obvious health BENEFITS to consider. Why some people have to bang on about it negatively I dont know. What I do know is that I am not going to have a drink just to make them feel better about their drinking!
It has highlighted to me that I really don't enjoy sitting with groups of drinkers for the sake of it, listening to the same people telling the same stories (sometimes in the same sitting!!) and watching them stagger to the bathroom or more worryingly across the road. I much prefer having an occasional social drink, or a red wine and cheese night with my husband in our garden on a summers evening.
WEEK 4

Remember to stop and smell the rosé.

This was probably the toughest week so far. With the weather in Spain momentarily heating up, I have missed sitting outside in the sunshine with a large glass of cold white wine, watching the condensation dripping down the glass. But a positive to the week was that I found a great non alcoholic Sangaria / Tinto Verono in the village shop. It doesn't taste any different than the real thing once the contents of the fruit bowl was added. My friend couldn't taste the difference either and was convinced I had bought the wrong one (I confess I checked, because I wasn't convinced either!) OK, it probably contains sugar/aspertaine, but you can't win all of your battles at the same time. I've also found a couple of "sin alcohol Ceveza" (beer) here in Spain. The one called Tostada has a horrible first mouthful, I wanted to spit it out as it reminded me of drinking cold curry, but once I pushed through that, I actually rather enjoyed it.

I have researched lots this month and have a better understanding of the affects of alcohol in the body and its scared me into being more careful. With Covid on the tip of everyones tongue, and my 50th birthday on the horizon, I am re-evaluating my relationship with alcohol and know that moving on from this, I will have days when I will have a drink, but plenty more when I wont. I am in control of what passes my lips, not anyone else. And that feels empowering.
Here's my stats as per my bathroom scales and the iWellness Ap
WEIGHT Start Overweight 170lb - End Overweight 166.4lb A LOSS of 3.6lb (Wohoo I am happy with this, although not quite half a stone)
BODY FAT Start Chubby 35.7% - End Chubby 35.2% A LOSS of 0.5% (a futher drop of 0.2 will see me in the healthy range)
BMI Start Chubby 23.8 - End Standard 23.3 ..a LOSS of 0.5 (going in the right direction. 18.5 and below is what I am LEANing toward!)

CONGRATULATIONS to everyone who has completed Dry January x 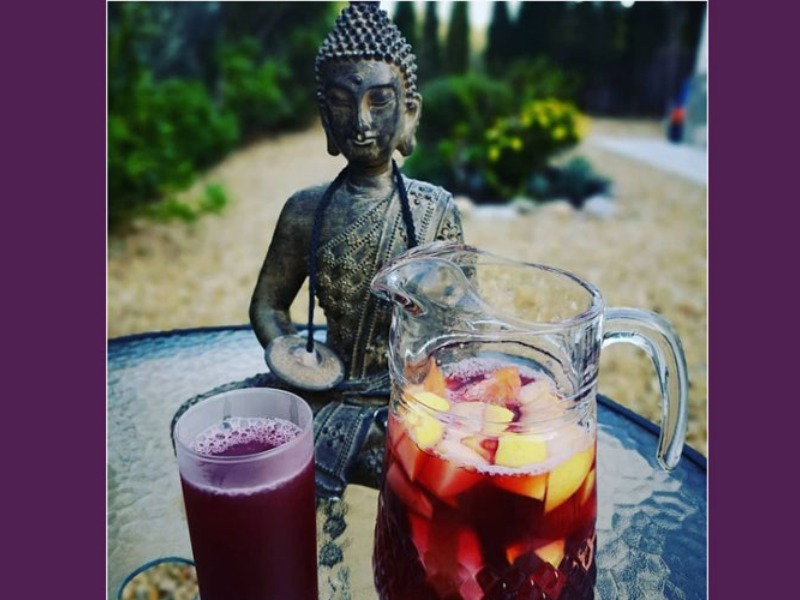