Our first year in Spain

We have been in Spain a year now, and I honestly don’t know where that year has gone. What was once our dream is well and truly our reality. When asked “do we have any regrets” we always say a firm “No! We wish we had done it years ago!”

There aren’t many things that I miss about the UK. But there’s obviously people I miss; family and close friends. But the flip side of us moving abroad is the opportunity for them to enjoy a cheap getaway in the sun, and when they do, we relish the quality time we get with them. No more snatched moments. The quality time spent with them is something I really value. Our daughters all moved out of the family home before we came to Spain and started carving their own lives, each doing what makes them happy, finding their own way, making their own mistakes. Just as adults should. But regardless of the distance we talk and video call on a regular basis, with one daughter contacting a couple of times a day! We are very close, despite the distance. No number of miles would ever change that. A parent’s love has the capability of stretching across the globe.

So, what do we do with ourselves out here in Spain?

Scott works just as hard on his UK business and nothing much has changed for him, other than his office is bigger, he gets a dog to rest his feet on and when he has a coffee break, he can (9 times out of 10) enjoy it in the sunshine. At the weekends we socialise with our friends and explore and when we are not doing that Scott’s had time to do those manly-man things around the house, I am particularly proud of the new log shelter and the dog kennel he’s built from scratch (Yep, we finally got that dog, yay!!).

I’ve taken a break from ‘working’ for the last year. You would think that after running my own business for 10 years and working all the hours that my eyes were open, that having a break would be fantastic. I have found it difficult to adjust if I’m honest. I really enjoyed working and welcomed the self-worth and income that came from it. I can now understand the difficulties some people have at adjusting when they retire. The interaction I got from my clients were always positive ones and some have since become firm friends.

So, to help myself adjust to the new role of 1950s Housewife, I give myself daily goals and a to-do list to cross off (old habits die hard!) I have never cooked so much from scratch (there’s no take-away delivers here), my house was always tidy but never this clean, the washing basket never overflows and I even iron. Basically, anything around the house that doesn’t have a risk of me electrocuting myself or fall under the category of 'access required to the man-cave for tools' is my responsibility. There’s always something to do in a Spanish home!

I have always loved my walking, and that hasn’t changed since being in Spain. I walk miles daily here; it became even more enjoyable since fostering Hector in July (most of the time anyway!). I have started a walking group, which initially was a group of neighbours getting together for a walk, now the invite has been extended to others in and around the village. A private Facebook group has been started, and I’m hoping that once the better weather comes along, there will be others joining me, just like last summer. The countryside here is vastly different to that of the UK. The mountain ranges are a spectacular sight, and I have climbed a few of them to look down over the village I live in. Every walk, even on the same route, is different each time. The wildlife is just breathtaking, I thank the universe every time I see the wild Ibex climbing... another day that the hunters haven’t got them! Where I live is very remote, there no such thing as public footpaths, the rule is you can walk anywhere, I simply can’t get my head around that. So, I was relieved when one of the local towns set up some designated walking routes for when I want a change. However, you still run the gauntlet of the hunters. The route might be safe, but the ground either side might not be! (If you don’t know how to tell, keep your eyes peeled for the hunting signs)

I won’t lie. Being with your loved one 24/7 without at least one of you heading to a workplace to break the time together is *cough* challenging. Throw in some internal fears rearing their heads. Throw in the financial implications of only one breadwinner. Throw in the challenges of living abroad. Throw in that day of the week having a ‘y’ in it and the day can go very pear shaped! Walking is a great way to meditate and reset your mood, especially in those situations. I love my husband dearly and he me, thankfully we know how to communicate. Sometimes it takes time. Sometimes I have got to the planning stage of how to smother him in his sleep, or thinking of looking for a cheap flight out of here. But it is always short-lived. You really do have to communicate with your other half, the other side of the rewarding life here can be isolation, fear and vulnerability. You really do need to keep your best friend, your loved one, close. And talk things through.

I didn’t drive much in the UK; I drove to my clients and to the shops and that was about it. I would rather catch the bus or train than drive into a large town. So, to go from that to driving around southern Spain it was one of my earliest challenges. My first drive was to San Juan an hour away, taking Scott to one of our favourite beaches. We stopped for a lovely lunch, browsed through a market and dipped our toes in the water. I followed this up with a drive to the local town the following day with my visiting mother-in-law and soon found myself driving quite confidently on my own.

We have made some great lifelong friends, some are our neighbours and are considered one of the family now. We haven’t just stuck to the local English community; we were determined to integrate where we can. The Spanish farmer, Paco who works the land around our house often stops for a chat. We laugh at each other trying to converse, and sometimes Google Translate has to help us. The local publican is a lovely chap who knows how to welcome both his Spanish and English clientele.

We have had the hottest days on record; the worst storm in 150 years, and the coldest winter (including snow in places) during the last 365 days. But overall, the weather from March to December is a huge benefit of living here. When not in the office or ticking off lists, we have embraced the outdoor living. Tiled walls and floors are ideal for keeping Spanish houses cool in the summer, and it works very well. When the temperature reached 50+ degrees last year, I was often found lying on the floor to cool down. It’s a challenge and damn uncomfortable in the winter though, even the dog refuses to sit on the floor without his duvet! We had to get used to the lack of carpets and central heating and adapt to our new way of living during the winter months. It’s not nice sometimes, you put on your clothes, and they feel damp, you can see your breath indoors, you step out the shower into a freezing room (if you are lucky and the gas bottle doesn't run out mid-shower!) But it is a very small price to pay.

During our first year we have had some testing, hair pulling moments and had to really embrace the Mañana attitude here. Patience is something I had by the bucket load in the UK, but I had to learn to dig even deeper here.

We had leaking ceilings, awful sewage smells in the house (that inexplicably come and go even now), leaking pipework, boiler issues, electricity issues and more. Just as well the wine is cheap in Spain, you need it!!! Then there’s the official stuff. Prior to arriving in Spain in Jan 2019 we started the ball rolling to get our NIE (The all-purpose identification and tax number in Spain). After moving here, we finally got our Padron after a lot of to-ing and fro-ing. The Padron is the local certificate that you get when you register at the town hall in the area where you reside. Then we had the stress of getting our Residencia sorted. If we didn’t get it done prior to the Brexit deadline (we didn’t know it was going to be moved so many times!) then it would have been harder to get and also would have stopped us changing our driving licence to Spanish. If we didn’t get the driving licence sorted in time, we would have had to retake the driving test and theory test in SPANISH! My Spanish was restricted to ordering a white wine, so that would have been impossible! It was a fantastic moment when we received our Spanish Residencia and got all the last documentation filed away. We had dotted the I’s and crossed the T’s. We celebrated hard.

Now, a year in, we have the tax side of things to scratch our heads over. Wish us luck!

Rhiannon
"Loads of love Mum, Scott and Poochy! Onwards and upwards <3 xx"
Anita And Geoff Strobridge
"Well that was a story and a half. This must be the start of your autobiography without a doubt. We have both enjoyed your company on the occasions we have met as neighbours, and have become friends . Its a year gone for us too, and we feel blessed. Love to you both and Hector of course. Good luck with all you do xxxxx"
Rob
"Nice blog sis! Is the tax business or personal? Don't forget I've got friends that live in the north of Spain that I can reach out to. Looking forward to my return trip. Bro X"
Dick & Anne Bartlett
"Well done you two, we are so pleased that you have both settled into the "Spanish Way" so quickly. Can't believe that you have got through the paperwork side of things so quickly, some of it took us years! We can't help feeling a little smug (told you so!) about the winter temperatures down there! We have been back in the UK now for nearly nine years, and still, if we tell anybody about the cold down there, we still get a "yeah right" every time. We are really looking forward to visiting you this summer, although we haven't yet sourced some "sensible priced" flights. Good luck to you both - see you soon - Love Dick & Anne xxx"
Enya Wilson-Blackwell
"Love you Mum & Scott! (& Hector!) X"
Rose Vincent
"You are both an inspiration. I feel so proud of your accomplishments, sometimes against the odds! Showing all that dreams really can come true. You are an amazing role model to your lucky girlies. I am proud to be your friend. Love you both XXX" 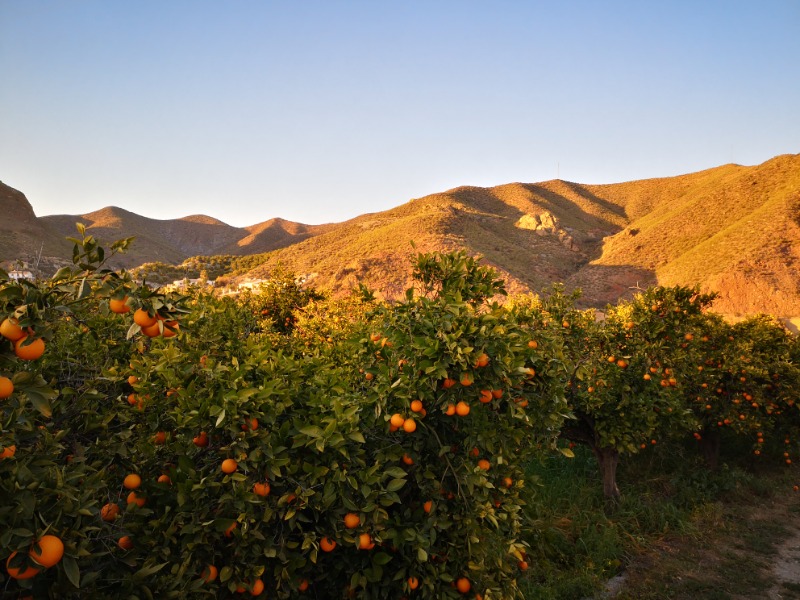 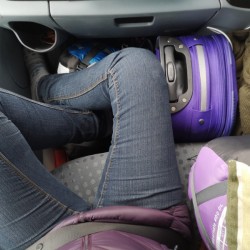 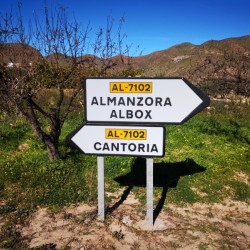 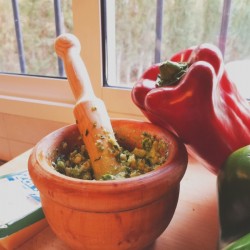 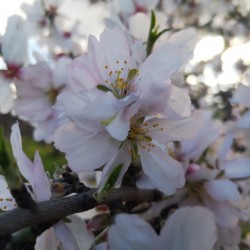 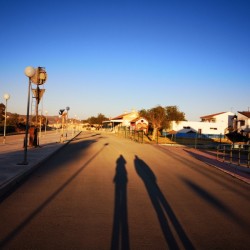 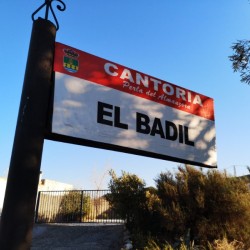 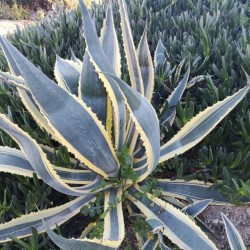 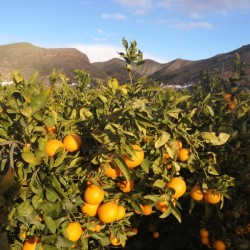 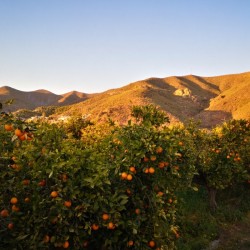 Thinking of going TeeTotal? Who is Tracey Bartlett How to get a good nights sleep Hay-fever sucks Cleaning with natural safe ingredients What to expect doing Dry January Lockdown Spain Why I deleted Facebook RIP Henry Our first year in Spain Fear can stop you growing